Tom Cullen and Keir Gilchrist are the latest additions to Joey Klein\’s Castle in the Ground.

CASTLE IN THE GROUND SYNOPSIS

A teenager after the untimely death of his mother, befriends his charismatic but troubled next-door neighbor and becomes embroiled in a world of addiction and violence just as the opioid epidemic takes hold of their small town

Set in the opioid-soaked corners and grimy apartments of Sudbury, Ontario, Klein’s story follows the good-hearted and devoted Jewish boy Henry (Wolff), who lovingly takes care of his single, terminally ill mother Rebecca (Neve Campbell). Henry is so dedicated to his parent that despite his mom’s protests, he puts his own life on hold and delays his plans for college until Rebecca gets better. But that proves to be an unrealistic dream, as the recently relapsed Rebecca’s cancer seems to only move in one direction. Still, that doesn’t stop Henry from praying for a miracle in his dimly lit room and hoping for the impossible.

Klein is sweetly attentive to Henry’s commitment to the rituals of his faith as well as the duo’s domestic rhythms in the film’s first act. The filmmaker’s intimate eye manages to see the heartbreaking essence of the relationship between an ailing parent and her helpless offspring, with a reversed power balance where the former caregiver now needs to be tended to. And the selfless Henry desperately tries to rise to the challenge, striving to provide some ease and comfort to his dying mother despite the odds. But any semblance of tranquility seems to be in short supply in his world and the exhausting nature of Henry’s surroundings takes over in due course. Among the factors that multiply the teen’s stress are the demands of his shaky (and under-wrought) romantic relationship with Rachel (Star Slade) and an inconsiderate, rowdy neighbor named Ana (Poots), who behaves flippantly and likes her music as loud as possible.

Blaming himself for his mom’s accidental death caused by a fatal combination of drugs—a possible side-effect he had in fact warned Rebecca for on a concerned pharmacist’s word—Henry gets involved with Ana all the same, and self-destructively so, while she is in the midst of an addiction rehab program of some sort. Until then observing Ana’s shady dealings from a distance at the pharmacy or in their building, Henry soon enough becomes another instrument for the manipulative young woman, doing favors for her big and small amid a crowded group of players. Among them are Ana’s dealer Polo Boy (Keir Gilchrist) and a pair of friends called Jimmy (Tom Cullen) and Stevie (Kiowa Gordon), whose apparent romantic involvement with each other becomes a sadly dismissed postscript in the story. 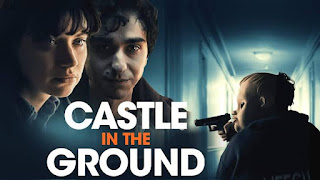