Christianity is not by too much talk or teaching, it is by power. You cannot generate power except by prayer. Prayer is a platform where human touches God, and God touches man.

You can only confront and succeed in this world, if you have power.

Your Christianity is not enough, until you have built a constant prayer alter with God. There are battles only you can fight and win, your contact with God determines how far you\’ll go in the secret place.

1) Ephraim feedeth on wind, and followeth after the east wind: he daily increaseth lies and desolation; and they do make a covenant with the Assyrians, and oil is carried into Egypt.

3) He took his brother by the heel in the womb, and by his strength he had power with God:

4) yea, he had power over the angel, and prevailed: he wept, and made supplication unto him: he found him in Beth-el, and there he spake with us; 5even the LORD God of hosts; the LORD is his memorial

A prayerful Christian is a powerful christian

If you constantly go to God for cleansing and renewal, you will not be far from power. 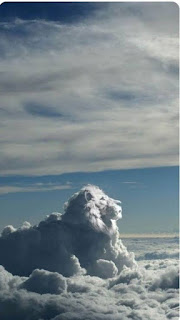