What do men really want in a relationship?

Women, in the past have been over pampered and treated like eggs on how they should be treated by the men. In a family where girls are present, the boys are levied with the responsibility of looking after their sister.  You\’ll here stuffs like,

✓Take care of your sister

✓Your sister is fragile, a weaker vessel

In the society, girls are seing as the weaker vessels and should be treated with respect and sense. Did I just mention sense? Yes, women are emotional being, so they should be studied.

What about the men?

Women want to know what guys like. We want to identify with your feelings and understand you better. We want to make you feel loved from the depth of our hearts, not because of what we want from you but because we mean it.

I have highlighted few things that men want. I would like you to add yours in the comment session also.

Although, this rule applies to all people in general. Men and women all have a need to feel important. It\’s a human need to feel valued by someone else. Don\’t be fooled by the cold shoulder or the moments of silence some guys often give out, men love being taken care of as much as they like taking care of their woman, does it sound strange? You need to let him know, always how important he is to you. You can actually say it to him or let him know through actions. Some guys may reciprocate and thank you for that, while others may try to downplay it and try to not react to it at all. One thing\’s for sure though, all men appreciate a little loving every once in a while. They may not show the type of huge emotional drama ladies often show, but deep down they like it.

✓Stand By Your Man

The truth is, Men hate women who are always embarrassing and putting them down. And most women are guilty of this.  Some women may find this to be cute, but once it builds up, you won\’t be able to handle the repercussions.  It\’s not a cool way of showing your love to him. In fact if you constantly do this to him, don\’t expect him to be a loving friend in return. Men like women who support them in whatever they do. Even if you oppose to some of the things he does, as long as he isn\’t hurting anyone, let him be. Be careful how you impose your opinion on a man.

✓Give Him some space

p style=”line-height:1.5em;margin:0 0 1em;padding:0 27.2188px;”>Don\’t choke your man, allow him be who he is at times. Allow him to mingle with his friends, allow him to watch his favorite matches, let him breathe. Men hate women who are so controlling. Its fine trying to change some aspects about him, but don\’t try to do a total make-over of your man. Accept him for who he is and let him be comfortable around you. This will greatly affect the chances of your relationship to stand the test of time if you are considering marriage with him, or if you are already married.

Another way to let him have his breathing space is letting him spend some time with his boys once in a while. You can\’t have him stay with you constantly by your side. You can buy pets for that.

Sometimes guys want to unwind and hang out with each other, without any females around.

Sometimes, his child hood acts may play don\’t act like his mother by trying to correct him in a harsh way. You can do that in a cool manner.

✓He Wants A Good Listener

Obviously, I’m not saying that you should just listen to him and whatever he says at the expense of expressing yourself – that’s ridiculous.

What I’m sharing are the things that you can do with a guy to make him feel a deep personal connection to you – that will make him want to bring your lives closer together.

Guys will bond with people who they feel that they can share anything with. They don’t bond with someone and THEN open up to them, opening up to you is how a guy bonds.

If you want him to bond with you and become more intimate with you, connect with him where he’s most happy and excited to share with you.

When you do that, two very important things happen.

First, like I said before – he starts to bond with you. He notices that you’re really listening to him and that you’re engaging with him about things that he cares about – and that draws him closer to you.

Second, it gives him a chance to drop the “mask” that he puts on for the rest of the world and show you who he really is underneath.

There is nothing more important to your long-term chances with a guy than him knowing he can be his true self around you.

If you accept who he really is when he’s not wearing his mask (without a hint of judgment – judgment will shut him down and drive him away from you in a blink), he will feel deeply, truly connected to you.

✓He Wants A Woman With A Great Vibe

Your vibe is something I talk about a lot, and for good reason: it’s the foundation of your attractiveness and everything relating to your relationships with other people.

I’m not exaggerating when I say that your vibe is the single most important aspect of how a man (or anyone else) responds to you.

Your vibe grows from your mood – it’s an extension of how you’re truly, honestly feeling at any given moment.

If you’re in a good mood, your vibe will be good. If you’re anxious, or resentful, or angry, those negative moods poison your vibe and turn it negative.

Your vibe is determined by what you’re truly, honestly feeling at the moment. That means that even if you tell yourself you’re in a great mood, if you’re honestly flustered, upset, or nervous it will come through in your vibe.

The best way to wrap your head around vibe is to use an example from your own life. Do you have a friend or acquaintance that always seems like they’re in a bad mood?

Like the vast majority of times that you spend time with them or talk to them, they’re complaining about something going wrong in their life.

How do you feel when you see their name come up on your phone? Or you see them walk into the room? Or you start a conversation with them?

Chances are, you feel down – like an “ugh” feeling in your stomach that just happens without you thinking about it.

That’s the power of vibe. Because that person is always complaining, voicing negativity, and feeling bad for themselves, it feels bad to interact with them.

A great test to find out what kind of vibe a friend has is to measure how you feel after hanging out with them.

If you feel excited, energetic, and more charged up than before – that means your friend’s vibe is good.

If you feel drained, negative, and down, that means your friend’s vibe was bad.

For guys, your vibe is more important than almost anything else about you. Your vibe determines whether it feels good to be around you or not.

And when it comes to men, their feelings about you are controlled almost 100% by how they’re feeling when they’re around you.

Guys very rarely evaluate a woman by thinking about the future with them. In reality, guys determine how they feel about a woman based almost entirely on how they feel while she’s around.

If a guy feels good while he’s around you, he’s going to be interested in you! He’s going to want to spend more time with you, and he’s going to show more enthusiasm for hanging out, getting closer and getting to know you better.
On the other hand, if it doesn’t feel good for a guy to spend time with you, he’s going to avoid it. That means he won’t answer texts, or phone calls, and he’ll stand you up on dates.
This is why vibe is so important. When your vibe is good, it feels good to be around you. When your vibe is negative, it doesn’t.
When it comes down to it, guys want a w
oman they’re attracted to, compatible with, and who feels good to be around.
If you focus on being in the best possible mood you can be while you’re around him, your vibe will automatically be good. And when your vibe is good, he’ll feel good around you – which he needs in order to want to be around you more. 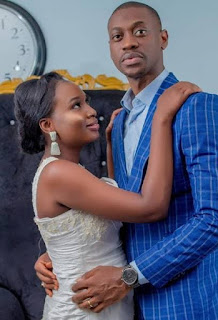 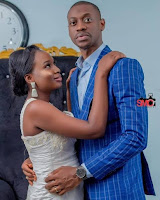 Men don’t want to be your Clark Kent. They want to be your Superman. They want women to see them as leaping tall buildings in a single bound and catching bullets. Not pushing a mail cart and asking you if they can buy you pizza or shawarma.

See a man\’s confession below: