This post is a compilation of beautiful marriages, how it all started. This can encourage someone to take a step of love.

Well in 2010, my first posting in the military was to sapele. I went to visit some of my coursemates , I saw wife fetching water and then I had this instant feeling and I told my one of my mates who is now late that I like this his neighbor daughter . And his response was give it a try. So I tried talking to her but she was forming \”spirayy\” though she was young and I immediately concluded that she is a small girl then I just left her matter that period as she was also in the university and for about two years I had relationships which eventually never worked out . Meaning I had my own share of pain of love in vain. Sometimes when you get some form of kick out , you will feel as if you were cursed .Until around august 2012, Prior before this time I was in Sunday school dept in the church which happens to be her family church then so she came in from school and saw me teaching. And she was doing some girls talks to her friends about me 🙄 like \” wonder never end , see this one who came to ask me out too far\” . Later that she came to ask to act in a playlet in church and I did in that year youth convention. But then we weren\’t still close. Sometimes later, she got malaria so I went with @⁨Mr Jerry Navy Portharcourt⁩\’s girlfriend now his wife to visit her and see how she was faring though I was beginning to have that feelings for her again. There and then I told Jamila that about it and Jamila put in her own input and that\’s how it started and 6th of april was our 8th anniversary.

Mine wasnt the normal kini… We went to the same secondary school and we were just classmates not even friends for 6years…. And 3years after secondary we saw each other in a prog ooo nd fiam… I just knew… No dreams or vision… I just knew and we became friends… 3months later we started the relationship because the mumu was becoming too much…. Yes that mumu feeling and emotions…

This is sweet ooo, well for me. I was dumped by the girl I felt was the perfect one for me before I saw the \’flesh of my bone\’.

When I saw her, I admire her greatly but we don\’t talk even if we were always in the same circle. At a point, I knew deep down my heart that I feel something special and strong for this lady but wouldn\’t let it out. So I spoke to a friend about my feeling for the lady who turned out to be my wife and he said \’Jerry, Allah this girl na good girl and she like you\’. Men, the words from him was the catalyst I needed to talk to my wife. Now the issue is how do I tell her how I felt even if I knew deep down that the feeling is genuine and sincere?

So few days before 14 Feb 2010 I was deliberately absent from her sight but had told my friend the \’moral booster\’ where I will be going so when she didn\’t see me she enquire about me from him and he said I was sick mind you prior to this day we don\’t talk that much less simple greeting. So my guy call me and said guy, this girl ask after you ooo I tell you say she like you. Omo! My head come big ooo. So I got her some fruit when coming back.

After few days of talking, trust me the gift (fruit) worked wonder too I decided to shot my shut.

So on 14 Feb 2010, I ask her in a manner she keeps telling me till tomorrow was my selling point. I said \’can you be with somebody like me? Can you share the rest of your life with me?\’ Brethren, that was how we kicked off ooo and 5yrs later we were officially married bless with 2 kids Joanna and Jaasiel.

my own story long o, but I will try to summarize it. In my home church we had three Sunday school groups, the junior, the intermediate and the Teen church. I was in the Junior church, bro Jacob was in the Teen. His mum was my teacher. I use to see him as one egbon like that. Fast forward to *choir* days, we always see in choir, in fact, see finish entered self, because I didn\’t like him kankan. He used to behave like big brother bakan, he asks questions like:

✓ Have you read your bible today?

✓Is any body disturbing you? Don\’t allow all this boys decieve you o. etc

Me that was already crushing seriously on *somebody*

In 2003, we met again at Federal Poly Bida, He was the Prayer Cordinator of the fellowship. Funny enough, my mum handed me over to him to watch me well well😜.

Bro Jacob was always checking on me in the hostel, chai, I was so naive…. fantasizing on my crush, sometimes I even tell me *prince charming* about this bro Jacob, bro Jacob\’s own is too much gan. I was always gisting him about brothers in the fellowship who were disturbing me.

Fast forward to after my National Diploma, he was already in FUT Minna, and somehow then I\’ve disconnected from my crush, because of plenty (gist) wey dey there.

We usually see in church after every services, Tuesday, Thursday and Sundays. On a good Sunday like that, bro Jacob called me, after Service, and was smiling like 😎 something, in my mind I said hmmmm, na them.

He said, someone sent him to me. I asked, a brother or a sister? He said, a brother(my mind went back to my sweet crush 🤦‍♂️)

For about 3Sundays, I kept asking him who the person be. For where? He said he will tell me soon.

On 31st of January, 2008. He came to our house and just stayed for 5minutes, he said I should see him off. Taaaaaaa🙄

We went outside the house, a bit farther than normal, he said ok, about the brother that sent him to me😜, the brother has been my secret admirer since 1900, and he wants me to be his wife, hdhdjdhdjdjdjdjdjjdhdbdbdhdjfjfjfjahshdjeidkdnf dndjdjdjdjfjfk sndjdjdjf

I went inside moody and sighing up and down. 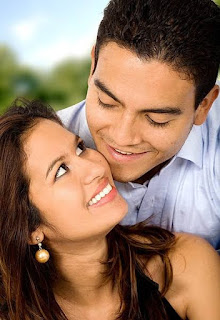