Skip to content
There is a popular saying that, a broken relationship is better than a broken marriage. How sweet it is to say than to experience.  My Relationship story.
Miss (Name with-held) granted an exclusive interview with Janesdiary, it was an interview filled with emotions, memories and lots more.
Below are her words. Enjoy reading.
Life is a journey, in life lies a lot of mysteries. Some of us have had a lot of hard times in relationships. My story goes thus:
I met my first love in Zaria, Federal College of Education to be precise. He was in year 2, and I was in year 1. He was very handsome, young, intelligent and loving. He is from Delta State. He made.me love mathematics because he was always forcing me to go to class and read. He graduated before me, and proceeded to University of Abuja. I visited him in school on so many occasions, his friends knows me, his brothers and sisters too. We were the best couple in town that year. 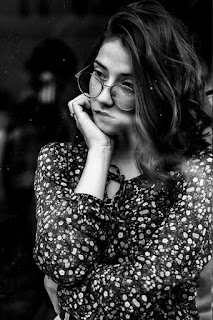 [the_ad id=”1123″]
I later gained admission to FUT, Minna, he also visited me in school and he became everything I needed in a man. Problem started when I was posted to Rivers State for my NYSC. He started behaving funny, he doesn’t trust me again and became suspicious of my movement. As at that time, I was NCCF mama, so no time to even mess around. This act of suspicion continued until I couldn’t take it no more. I called it quit.
We lost contact, and moved on with our lives. We coincidentally met each other 10years after we broke up. He was now married with Children but obviously hasn’t moved on.
MY SECOND HEARTBRREAK STORY
After my NYSC, I got a job in Omoku, Rivers State. I was gradually getting over the previous failed relationship.
A friend introduced me to his brother who was still single, and we started talking. We were promising and full of color. I had an apartment, so most times he retires in my apartment to pass time, and to see me. Little did I know he was just using me to satisfy his belly, according to him, he said I’m a good cook, but that’s not what I don’t already know anyway. Most times, when he comes with his friend, I make delicious native dishes to nourish their body.
One fateful day, I went to church, and left him and his brother in my apartment,  I made sure they were comfortable and well fed. As I was coming back, I overheard their discussions. My supposed fiance was telling his younger brother that, he loves me and would have married me but because I’m short, he can not. It pained me to the marrow, I wept and was devastated. A month later, he came with with his wedding invitation card. That was the worst that could to a woman.
2years later, he called that I should come back to his life and bring back the first love. I’m hearbroken.
Your comment is highly appreciated.

Commenters are solely responsible for their comments, it is not in any way related to Janesdiary’s Opinion.

Advertise with JanesdiarySpeaks, showcase your Business to the world. Visit janesdiaryblog@gmail.com/whatsapp +234-7063710370.

All news both local and international are sources from reliable sources like; CNN, BBC, CHANNELS TV, TECHNORATI, SOCIAL MEDIA (FACEBOOK, INSTAGRAM AND MORE), BLOGS LIKE LINDA IKEJI, LEGIT AND MORE. We hereby apologize for any misleading news, of a truth, no ill