Skip to content
A hard working partner at a major law firm, John B., finds that he gets short with co-workers especially when under stress. He is not viewed as a team player by other members of the firm and the support staff avoid him. In spite of feedback and coaching from his colleagues, he has experienced little progress in modifying his behavior.
Judy S. struggles with balancing her personal and professional life, often finding herself overcommitted. As a VP of a large health care organization, she also serves on a number of community boards. She has difficulty saying No and feels guilty that she is not doing enough for her children. She has tried repeatedly to decrease her work time but seems to be busier each year.
Both of these successful people may find it difficult to change.
There is a paradox of success, according to the executive coach Marshall Goldsmith, reported in a Business Strategy Review article. This paradox makes it difficult for successful people to grow and improve. When things are going well, people have little motivation to change. Yet, successful people need to change before they have to change or they will plateau or even decline in effectiveness. Even the most successful leaders can increase their effectiveness by changing some elements of their behavior.
Goldsmith has worked with hundreds of executives in Fortune 100 companies and has found that successful people have four key beliefs that drive their success and, often, limit their growth. These beliefs are:
-> I choose to succeed. Successful people believe that they are doing what they choose to do, because they choose to do it. They have a strong need for self-determination and do not like feeling controlled or manipulated. They believe that their behavior is a result of their choices and commitments. The I choose to succeed belief is highly correlated with achievement. The more we believe that our behavior is a result of our own choices and commitments, the less likely we are to want to change our behavior.
Successful peoples personal commitment can make it hard for them to change.
-> I can succeed. Successful people believe that they have the internal capacity to make desirable things happen. They do not see themselves as victims of fate; rather they believe that their motivation and ability has driven their success.
Successful people often confuse correlation with causality. Because they get positive reinforcement for results, they may not have an accurate perception of what behaviors drove those results. This can result in superstitious behavior where the successful person repeats behavior that they believe was a factor in their success.
Successful people have difficulty realizing that they are successful in spite of certain behaviors, not because of them.
-> I will succeed. A contagious sense of optimism is one of the most important characteristics of successful people. They not only believe that they can achieve, they believe that they will achieve. Because they are ambitious and goal oriented, they have difficulty saying no to desirable opportunities. They often equate busyness with success. Some successful people drown in a sea of opportunity and burn out their staff trying to complete what they have promised.
Successful people are very busy and face the danger of over commitment.
-> I have succeeded. Successful people tend to have a positive interpretation of their past performance. They consistently over-rate their performance relative to their professional peers. When positive outcomes occur, they believe that their efforts were instrumental to the success. They see their history of what they have done as a validation of who they are and their personal attributes.
Successful peoples positive view of their performance can make it difficult to hear negative feedback from others.
Goldsmith has found that successful people have great difficulty in accepting input from others regarding their behavior. If the feedback does not agree with their perceptions of themselves they tend to deny the information for three reasons: 1) the input is from someone that they do see as their peer or equal in terms of success, therefore it doesnt count; 2) they view input that is inconsistent with their self-image to be incorrect and the other person is confused or 3) they agree there is truth in the feedback but it could not be important since they are so successful. These are some of the reasons that feedback is not very effective with successful people.

As Denis Diderot once said, we swallow with one gulp the lie that flatters us, and drink drop by drop the truth which is bitter to us. 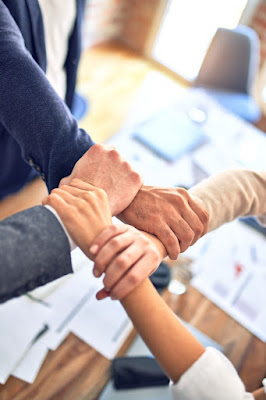 Commenters are solely responsible for their comments, it is not in any way related to Janesdiary’s Opinion.
Advertise with JanesdiarySpeaks, showcase your Business to the world. Visit janesdiaryblog@gmail.com/whatsapp +234-7063710370.
All news both local and international are sources from reliable sources like; CNN, BBC, CHANNELS TV, TECHNORATI, SOCIAL MEDIA (FACEBOOK, INSTAGRAM AND MORE), BLOGS LIKE LINDA IKEJI, LEGIT AND MORE. We hereby apologize for any misleading news, of a truth, no ill