Skip to content
Everything you need to know about pregnancy
Introduction
_
The first step of your pregnancy, after seeing the little positive stick should to have it confirmed.
Call immediately to have a pregnancy test done with your local doctor, you may be in luck and get in that same day or have to wait about a week or two. Patience will become your best friend during this time or your worst enemy, waiting can become a very hard thing when you want to know for sure whether you are or aren’t pregnant. More than likely you’ll get a phone call a few days later to confirm it.
Set up an appointment to see your OB/GYN or midwife as soon as possible, chances are you’ll be meeting his/her staff before you ever meet them. This is the first appointment where your doctor/midwife will want to know all your medical history.
If you’ve been pregnant, what types of sicknesses run in your family, etc. If you can, try making sure you know all of this ahead of time, maybe even have it all down on paper so when he/she asks you are prepared. During the days or weeks leading up to this meeting you may have concerns, write them down and ask them. Believe it or not doctors are there to help you, and they’ve been asked every question you can possibly think of. Before leaving your doctor may even give you a bag full of goodies all about being pregnant. 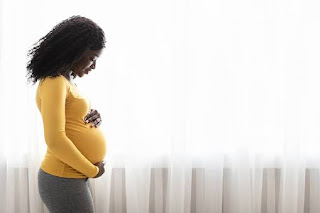 Advertise with JanesdiarySpeaks, showcase your Business to the world. Visit janesdiaryblog@gmail.com/whatsapp +234-7063710370.

Commenters are solely responsible for their comments, it is not in any way related to Janesdiary’s Opinion.
Advertise with JanesdiarySpeaks, showcase your Business to the world. Visit janesdiaryblog@gmail.com/whatsapp +234-7063710370.
All news both local and international are sources from reliable sources like; CNN, BBC, CHANNELS TV, TECHNORATI, SOCIAL MEDIA (FACEBOOK, INSTAGRAM AND MORE), BLOGS LIKE LINDA IKEJI, LEGIT AND MORE. We hereby apologize for any misleading news, of a truth, no ill