Short Stories: Rebecca 4 (the mother in law)
5:45 am
A woman rushed out of her car and banged on the door of Ife and Rebecca’s apartment. It was Rebecca who could hardly catch any sleep since her divine Revelation who opened the door.

The woman came in and pushed past Rebecca. “Look here, I am not here for drama. Just go upstairs and fetch my son. ” Mrs. Adeyemi said calmly as she took her seat. Her feet began to tap the floor.

“Okay o.” She hissed and looked away. Humming under her breath.

Few minutes later, Rebecca disappeared into the kitchen. And Ife came bounding down the stairs. He prostrated to greet his mother and she patted his back. “God bless you my son. May God protect you from evil women and their crazy ideas. May it not be better for any woman who says she will hurt you for whatever reason she may have.”

Ife stood up slowly, not saying Amen as he obviously knew she was referring to Rebecca.

“Mum, what is the meaning of this?”

“Ask Rebecca and her family members in Maiduguri that she wants to go and meet.”

Ife’s mind worked fast. How did his mum know anything about this? He calmed her and assured her it was a misunderstanding. “What is this?”

She brought out her phone with triumph, displaying the WhatsApp status before his eyes.

Lord, what is going on? He prayed silently but did not hear anything from God. Peace filled him and he smiled brightly at his mother.

“This WhatsApp status was posted in the midnight. Rebecca that I married will not post something we discussed in private on her status this way. See.. they even made typos. Rebecca doesn’t type this way.”

” Enh? What are you now saying? That I don’t know what I’m saying or that her phone was hacked? Where is the Rebecca, can’t she talk?” Mrs. Adeyemi stood up to check the kitchen where Rebecca was singing at the top of her voice.

“Mum, just let it be. This is my home, if I tell you all is well, then all is well. And if all is not well, I know how to handle it. Just keep praying for us.”

They talked about his siblings and how many children they now had. His mum reminded him that Grace, his youngest sister was now pregnant and due for delivery soon.

When she left, Ife went to the kitchen and took Rebecca’s phone from the counter. He viewed her status and saw that it already had 5 views. He deleted it and returned phone. He waited for her to challenge him, but she looked away, busying herself with opening and closing the cabinets.

Ife rolled up the sleeves of his shirt and began to do the dishes. If she wanted to act crazy, he could do better. 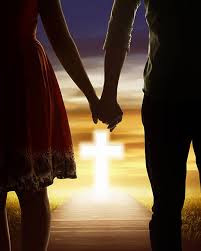 Ife, we need to talk.”
Her voice can barely conceal her excitement. He stirred and moved closer to her.
“It’s urgent, please.”
Ife sat up and asked if she was alright, if she needed anything. She said she was fine, and held his hand for a quick prayer. “Dear lord, we thank you because you are good to us. We want to discuss a very important issue, give us grace to understand each other, please. Don’t let the enemy confuse our reasoning. We ask in Jesus name. Amen”
“Amen”
Rebecca could barely contain her excitement as she spoke. Her hands flew all over the room and her eyes were alit with so much energy, all Ife could do was stare and ask God to take over.
“Did you just wake from a dream?” He asked her calmly, peering into her eyes.
” No, why?”
” No vision or trance or anything?” He was getting worried now.
” Common, stop sounding so. You know how God speaks to me. I said I-”
” Yes, you perceived, but this one is strange. What bible verse is anchoring you to do this?”
” I’m still working on it. But I feel it.” Her voice shook, and so did her confidence.
” Stop, Rebecca. You’re not doing something so drastic based on a feeling. God is more than what you feel.” He punched the bed with his fists, startling her.
They went back and forth arguing on what can he do and what he can’t do. When Ife was spent, he put his hand on her shoulder and told her they would pray about it and seek God’s face together.
“I love God, really do and you know it. But I won’t let you go where he is not sending you. If God wants us to..” he forced himself to sound nothing like the turbulence in his mind.
” No, my love. This is not an ‘us’ something. This is me…it’s something I have to do myself.”
Ife moved back to take a better look at the woman sitting beside him. Had Rebecca opened her mind to the Stranger? It was as though a strange woman had possessed his wife. He sighed and nodded slowly, assuring her he would pray to God to ask for more light.
Before Rebecca slept, she changed her WhatsApp status to:
‘do we have a believer in Maiduguri? Is anybody wiling to host me until I contact the missionaries in Maiduguri? Dm, let’s talk.
PS. I’m a really nice guest.😉🤗’
The first person to view the status was ife’s mother who even after three years of her son’s marriage, still believed he had not found a wife yet.